Walk 15 from the 2nd Timeout London Country Walks book is notable for being so rural whilst still being within the M25 and London’s Zone 6. The route passes through the London Greenbelt including Riddesdown, Coulsdon Commons and Farthing Down. Previously these were village commons, used for grazing animals. Many were lost to enclosure in the 18th century, but a number were bought and preserved by the Corporation of London, and used by city workers to escape to the countryside. 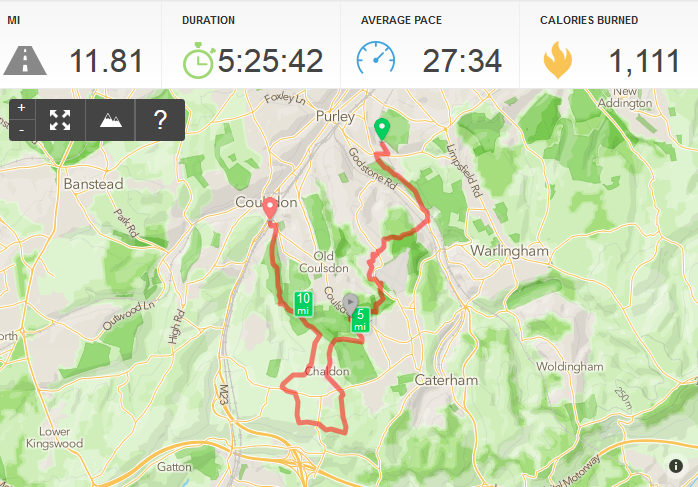 The walk begins with a path through Riddlesdown, near to Croydon, before cutting through houses and climbing up to Kenley Common, with an excellent view of a chalk cliff looking back. Kenley common is a mix of chalk grassland and bluebell strewn woodland, surronding RAF Kenley, which was a strategic airfield in the Battle of Britain.

We then stop at the Fox for lunch, which we had high hopes for, before being frustrated by desperately inefficient waitress service for the garden full of people patiently waiting at midday for food orders to start (take 1 order, go inside, wait 3 minutes, repeat). Eventually we’re on our way again, as the route heads south towards the North Downs Way. We head west on the North Downs for about a mile, almost meeting the M25, before beginning the loop back North towards London.

Chaldon Church is an interesting diversion, with a 12th century mural of heaven and hell that had later been whitewashed over, before being restored in 1989. “The mural on the west wall of Chaldon church is one of the earliest known English wall paintings – it dates from about 1200 and is without equal in any other part of Europe. It is thought to have been painted by a travelling artist-monk … The picture depicts the ‘Ladder of Salvation of the Human Soul’ together with ‘Purgatory and Hell’” [1]

The route then heads back through commons, going through the wonderfully named Happy Valley, full of folks enjoying the bank holiday sun, before following Farthing Downs to Coulsdon South station. 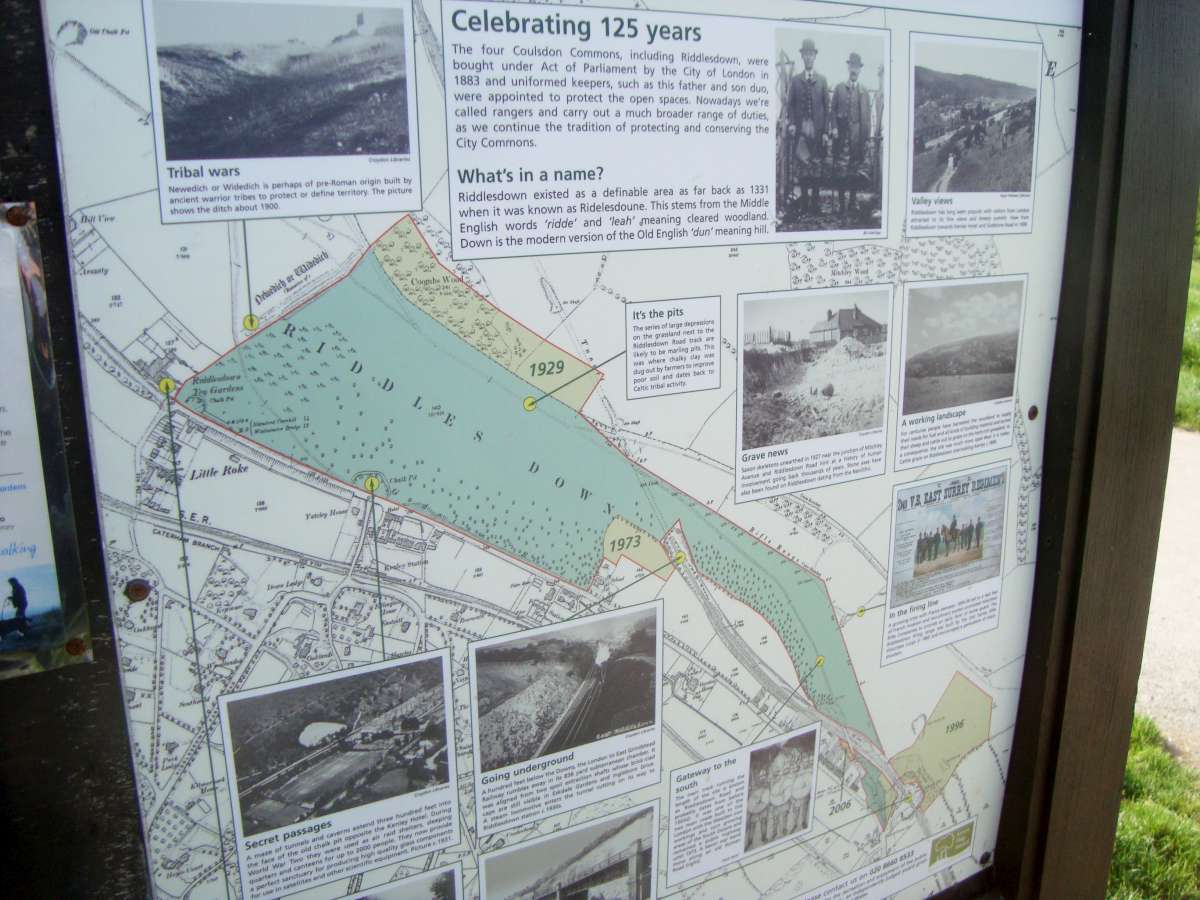 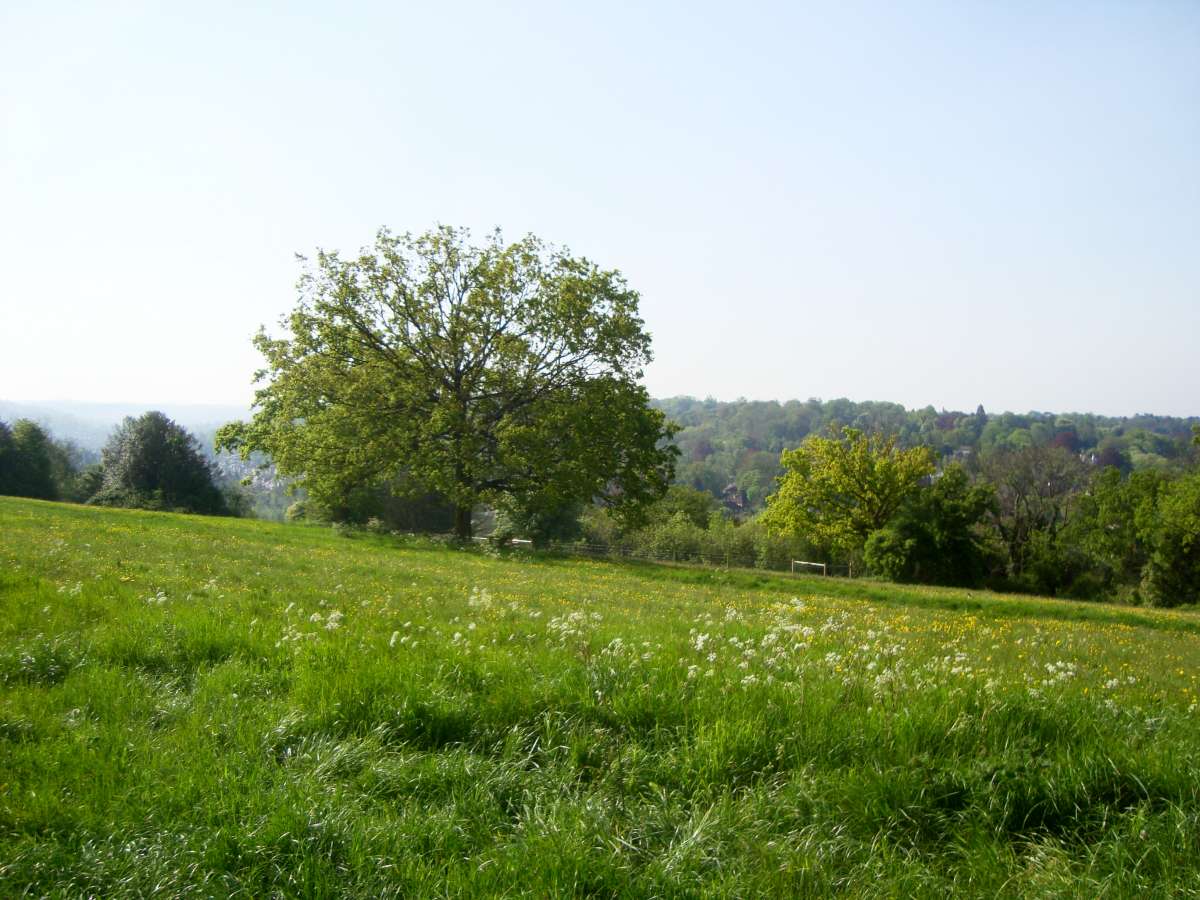 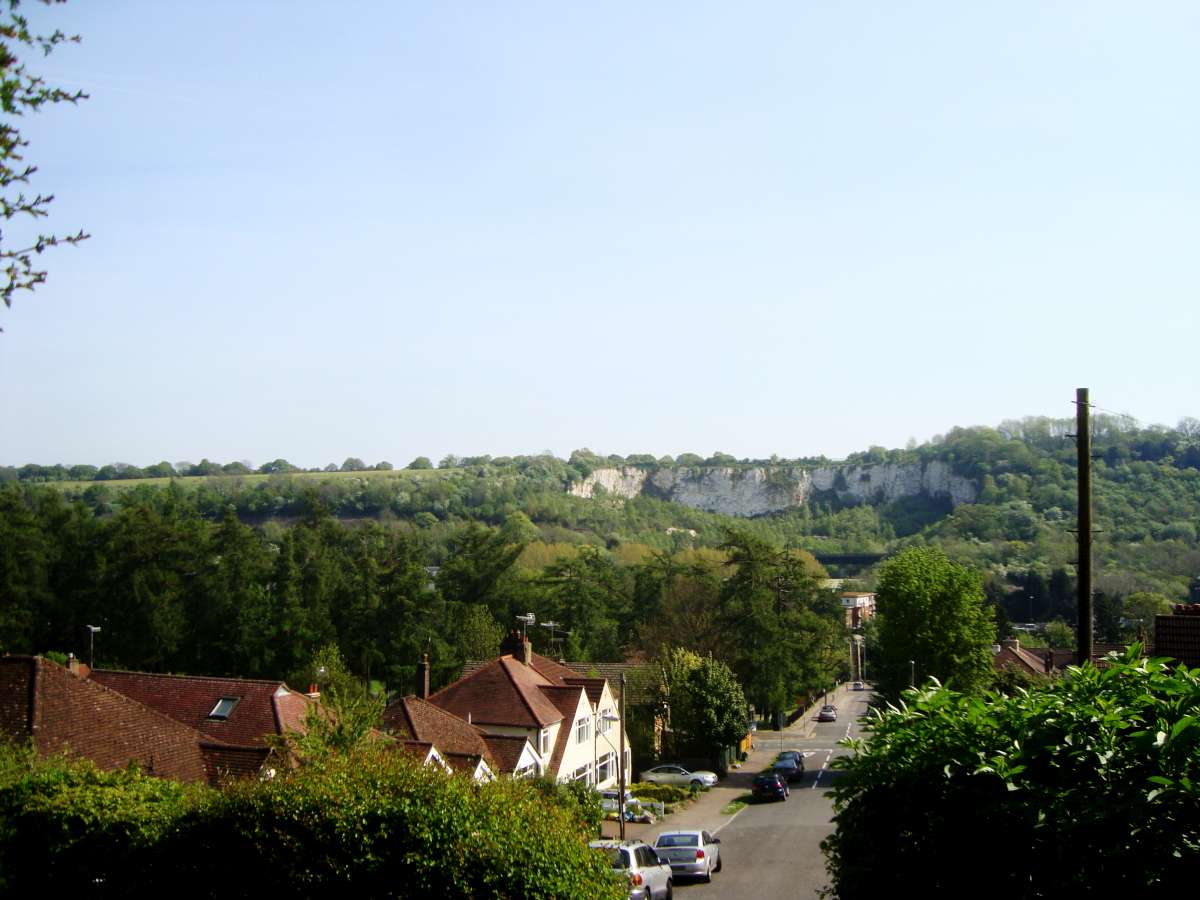 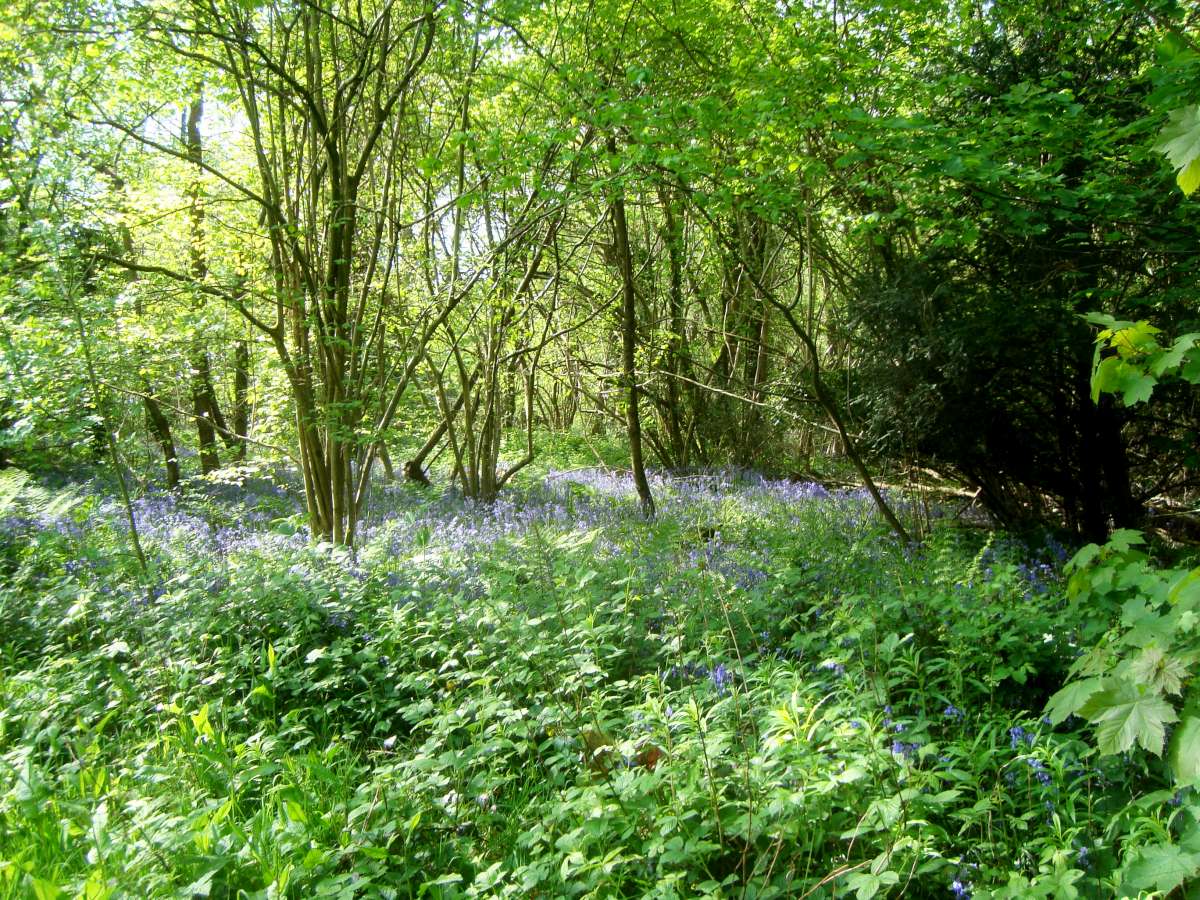 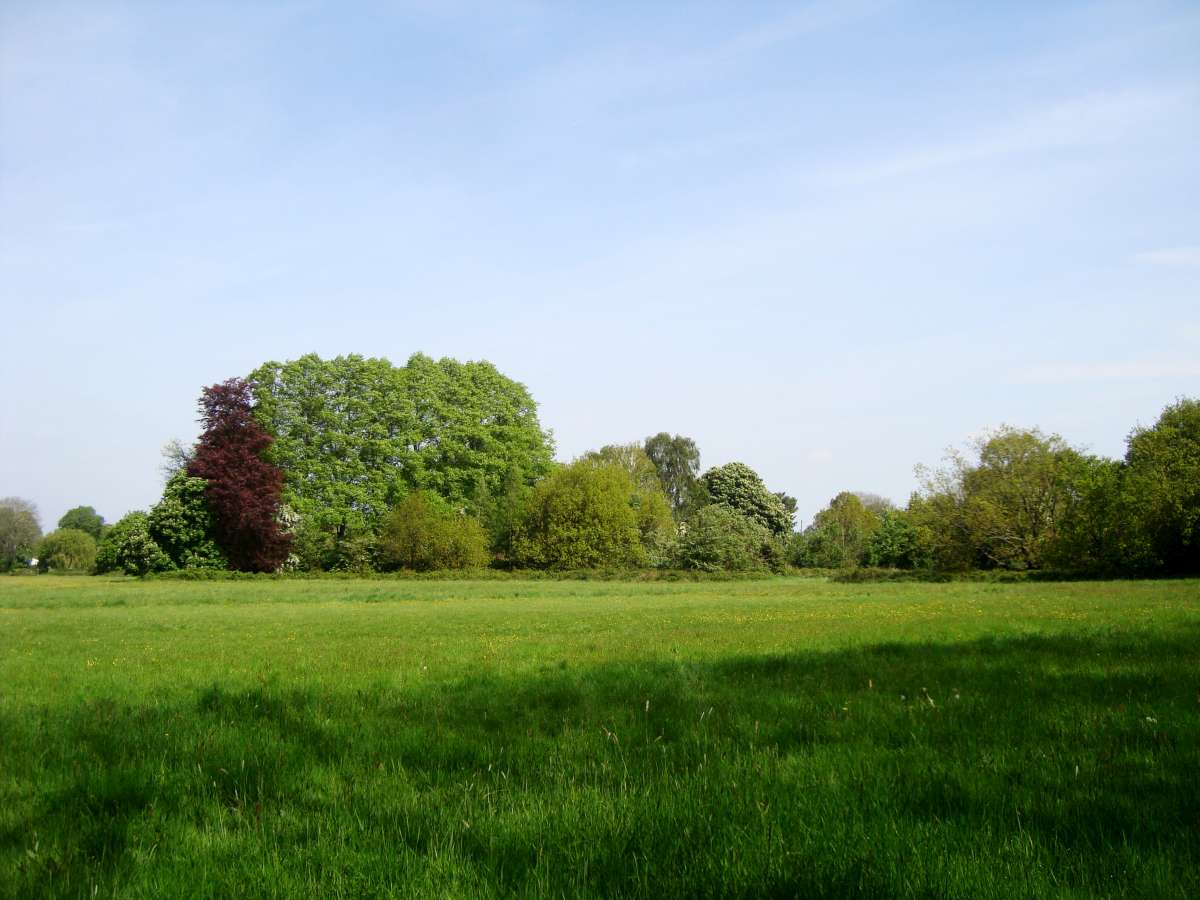 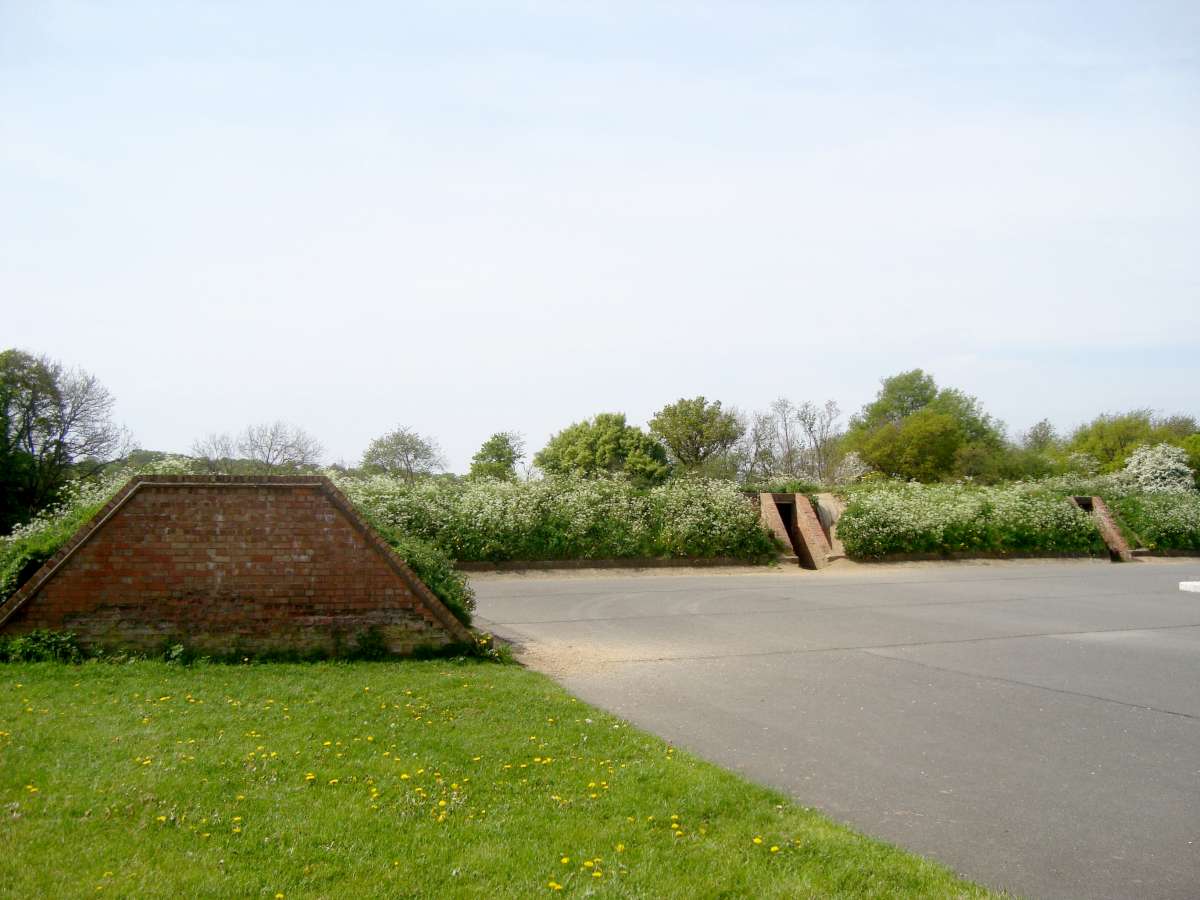 Blast pens at RAF Kenley, a key WWII airfield in the Battle of Britain 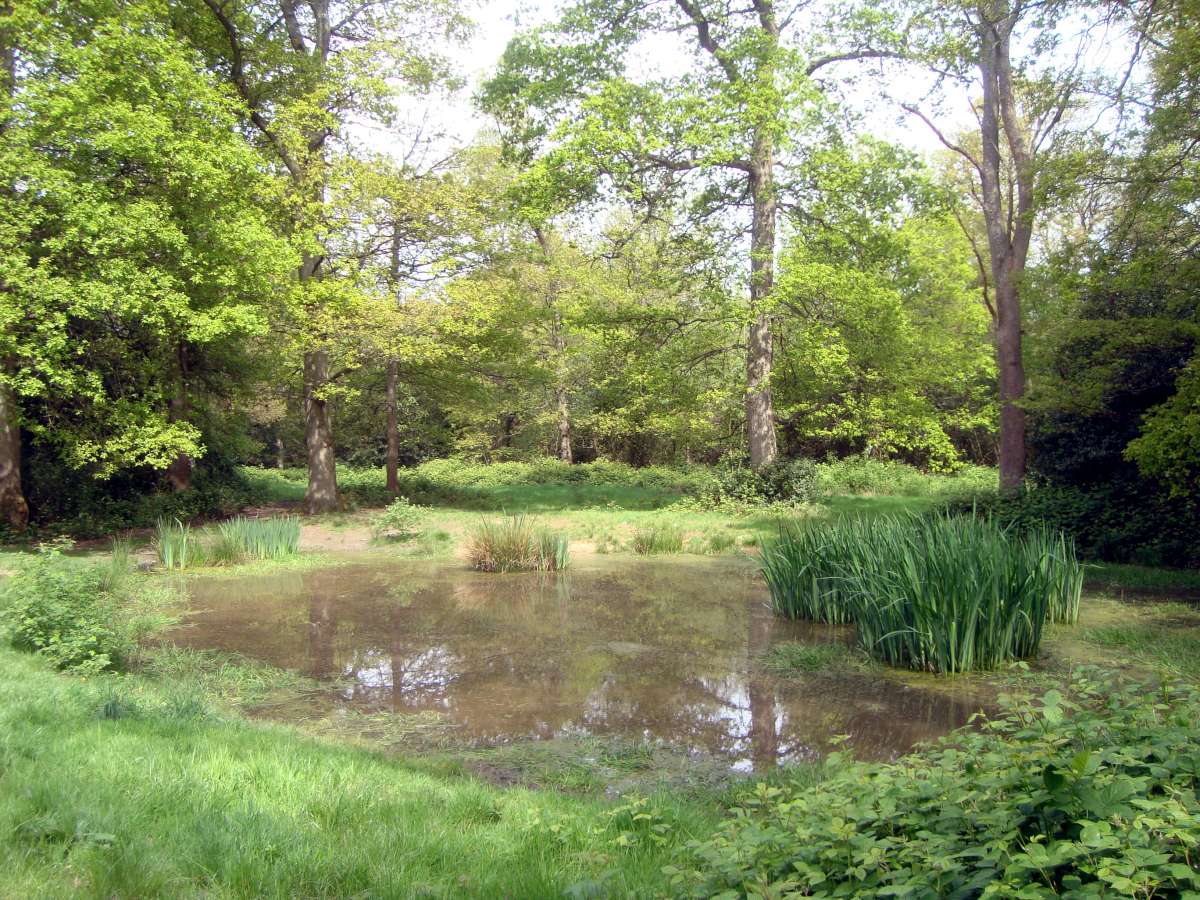 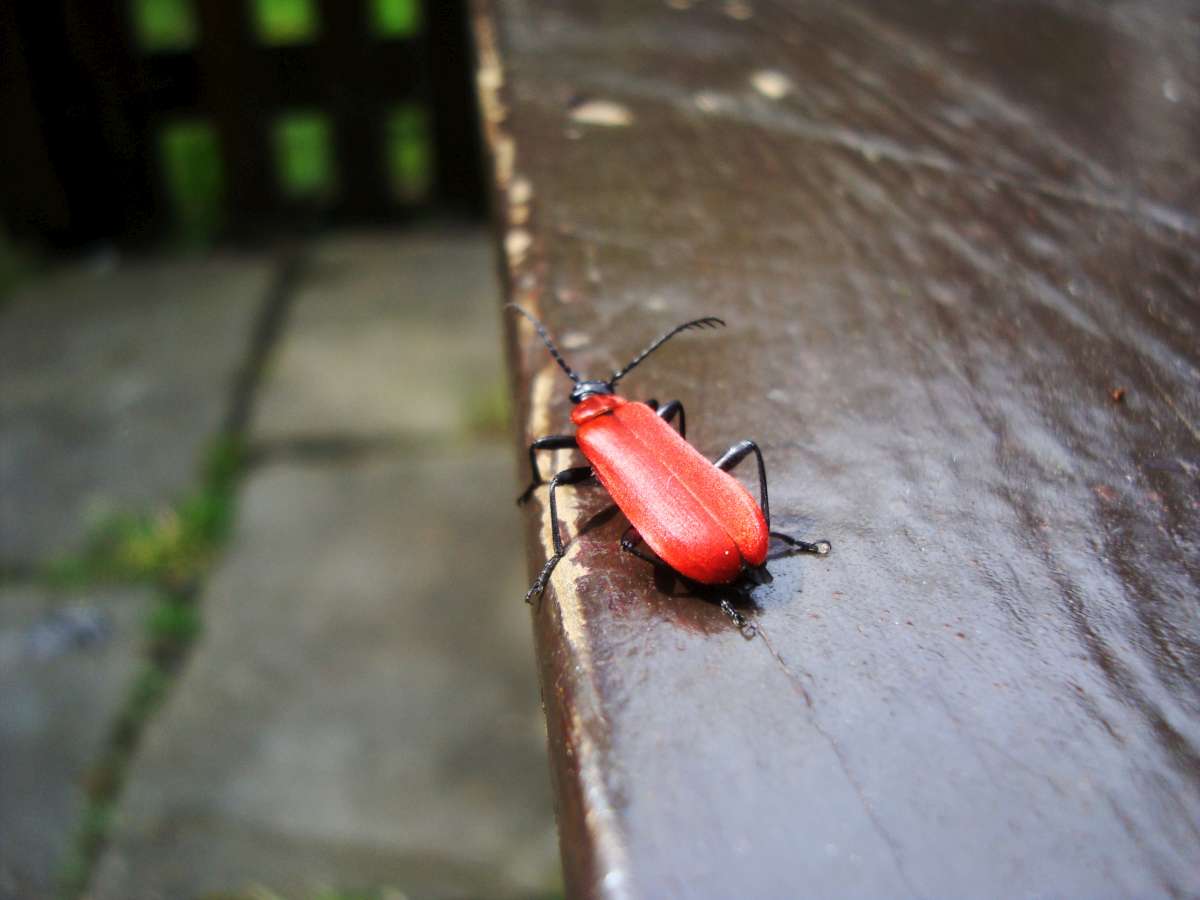 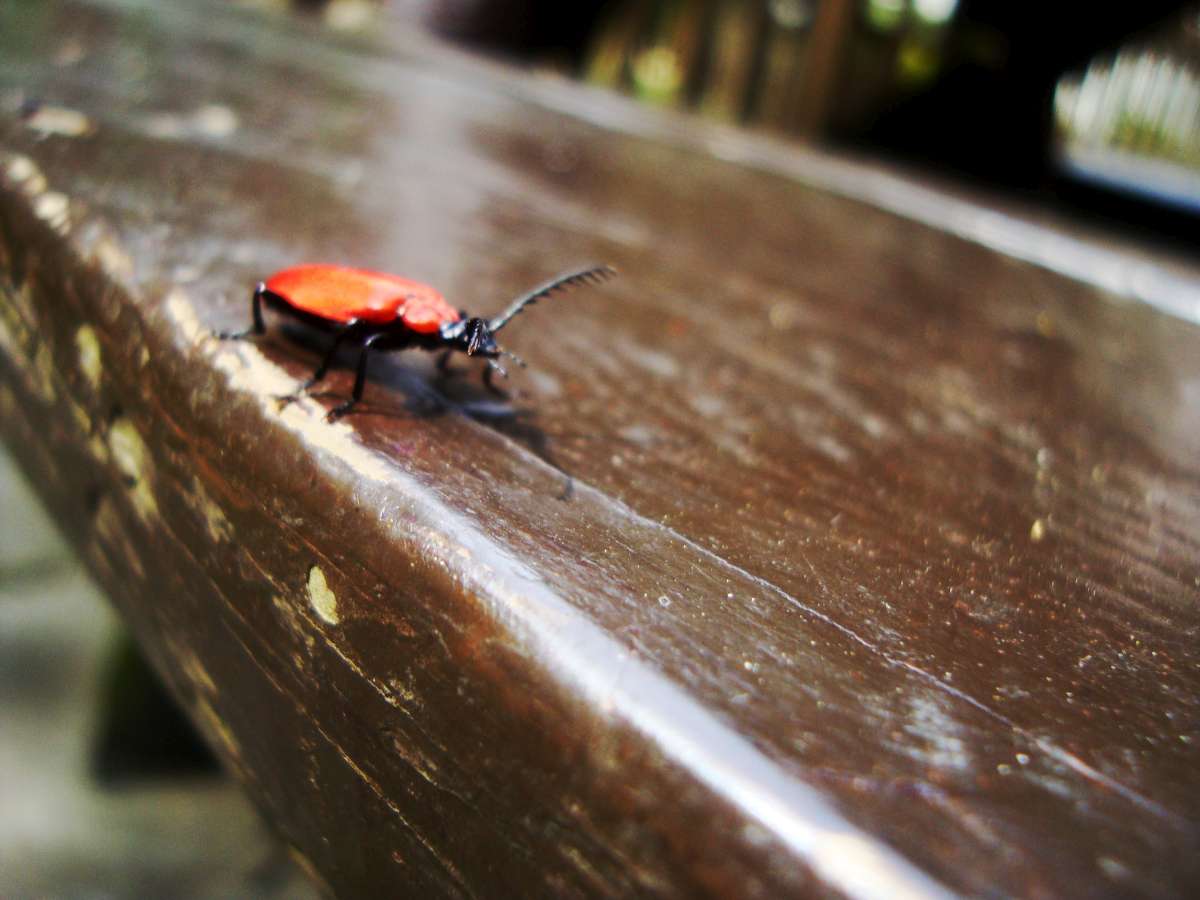 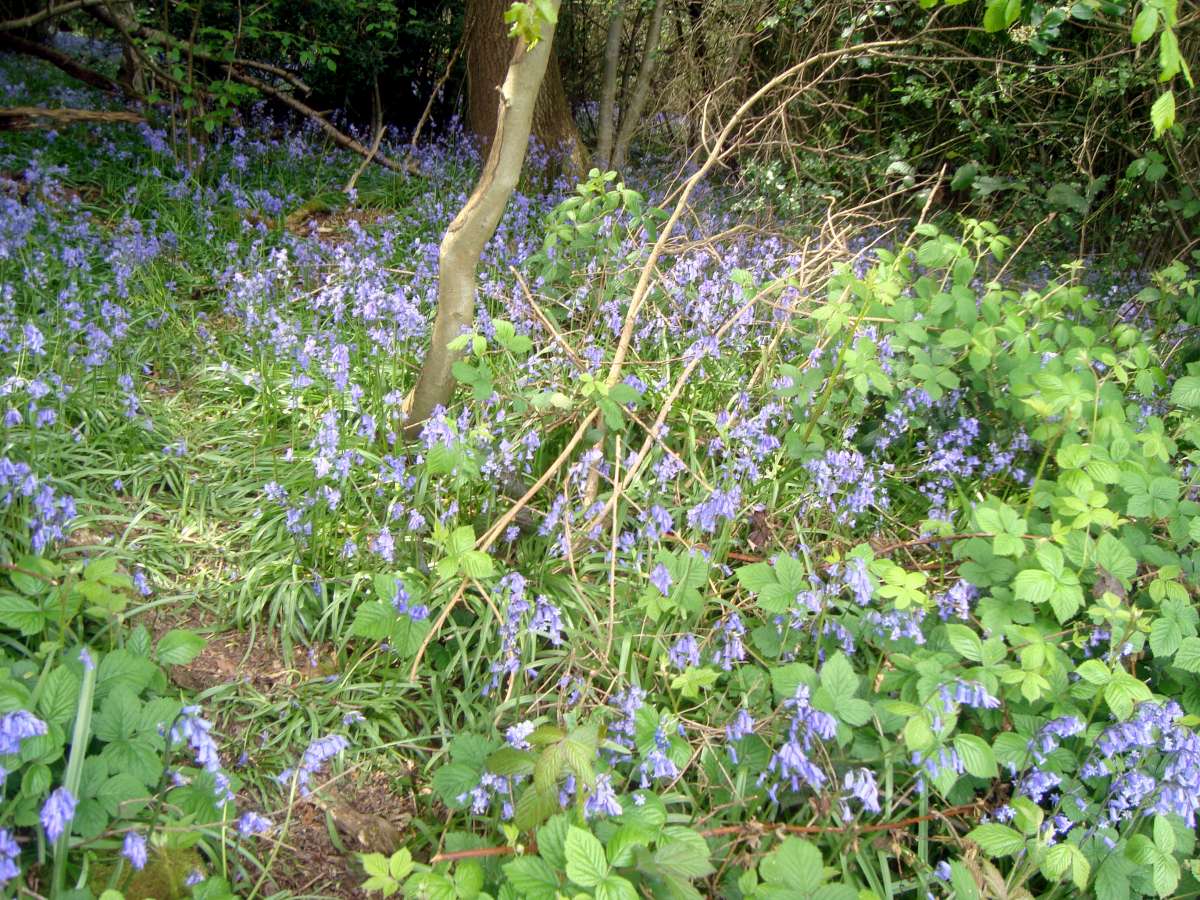 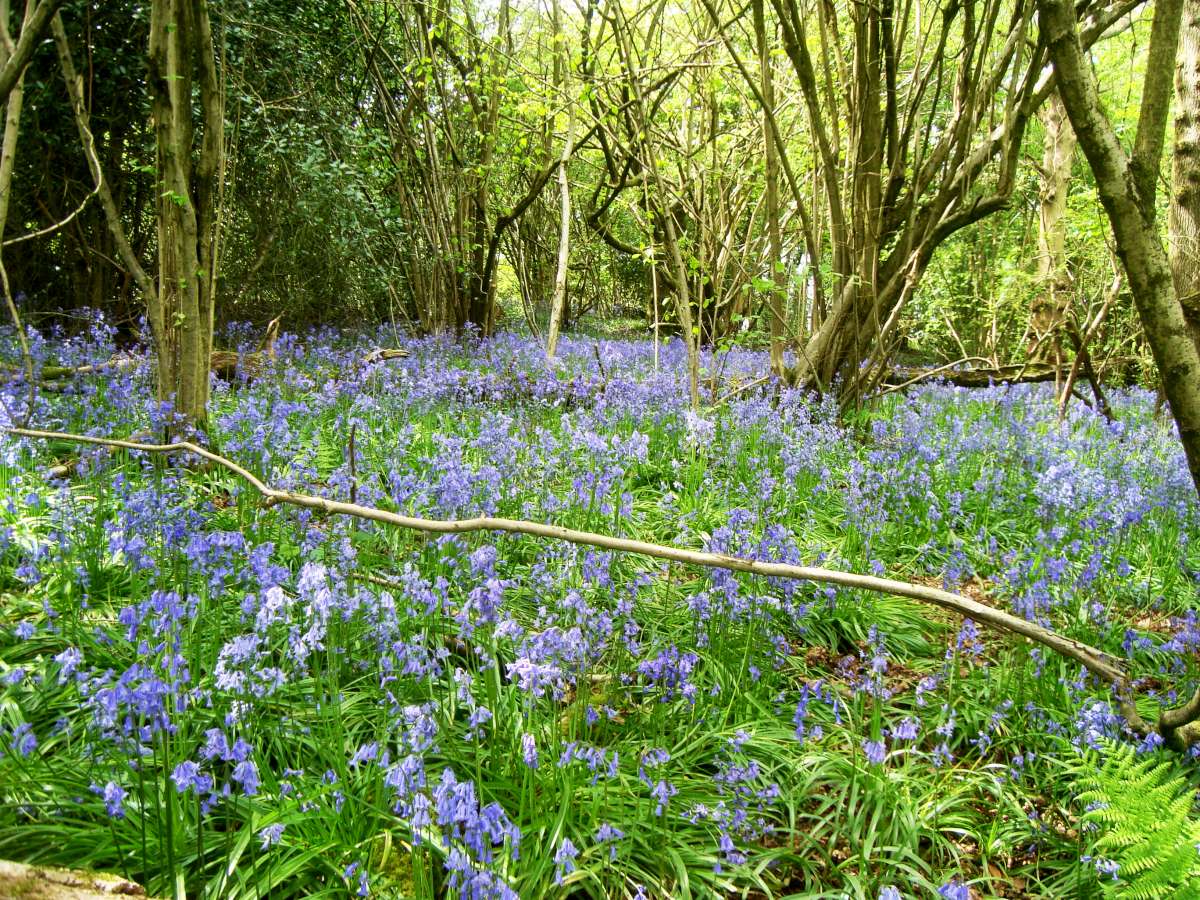 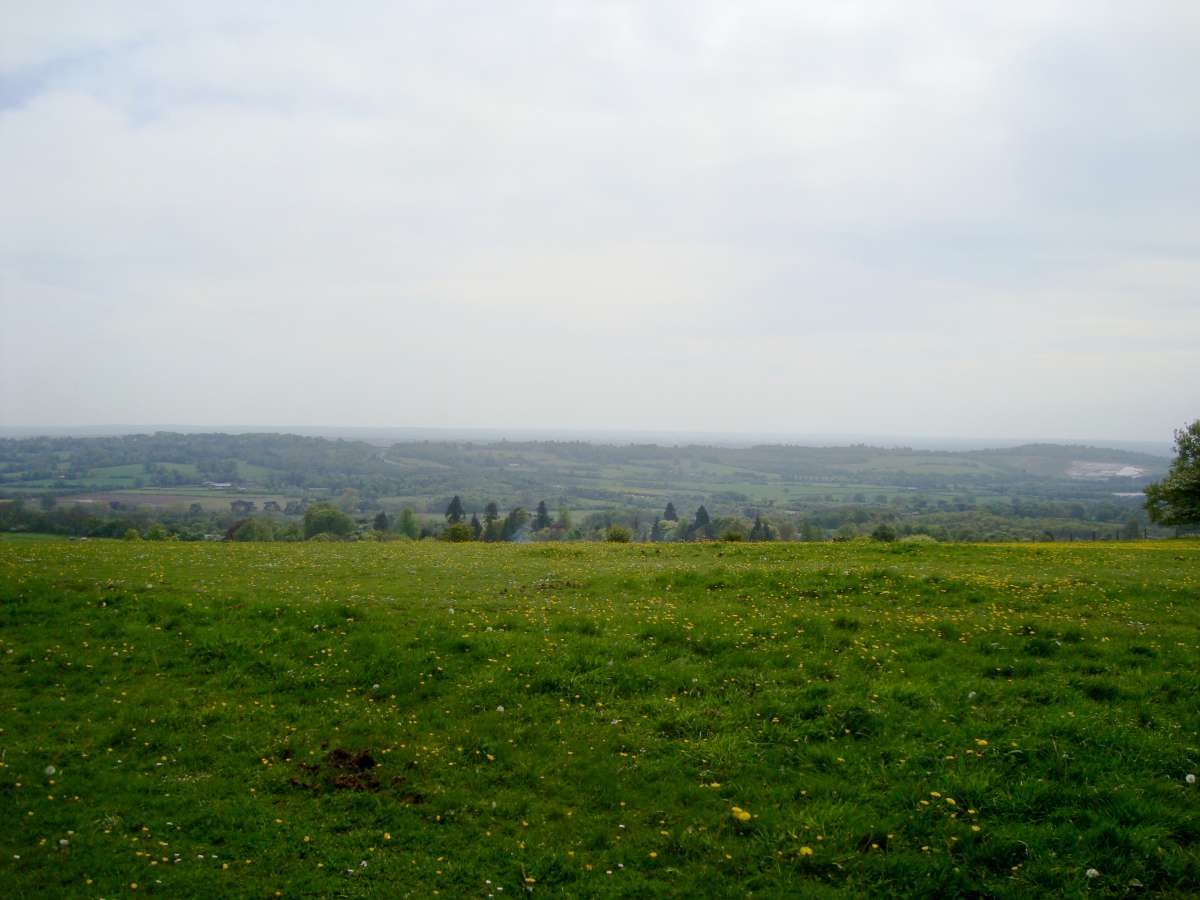 View from the North Downs Way 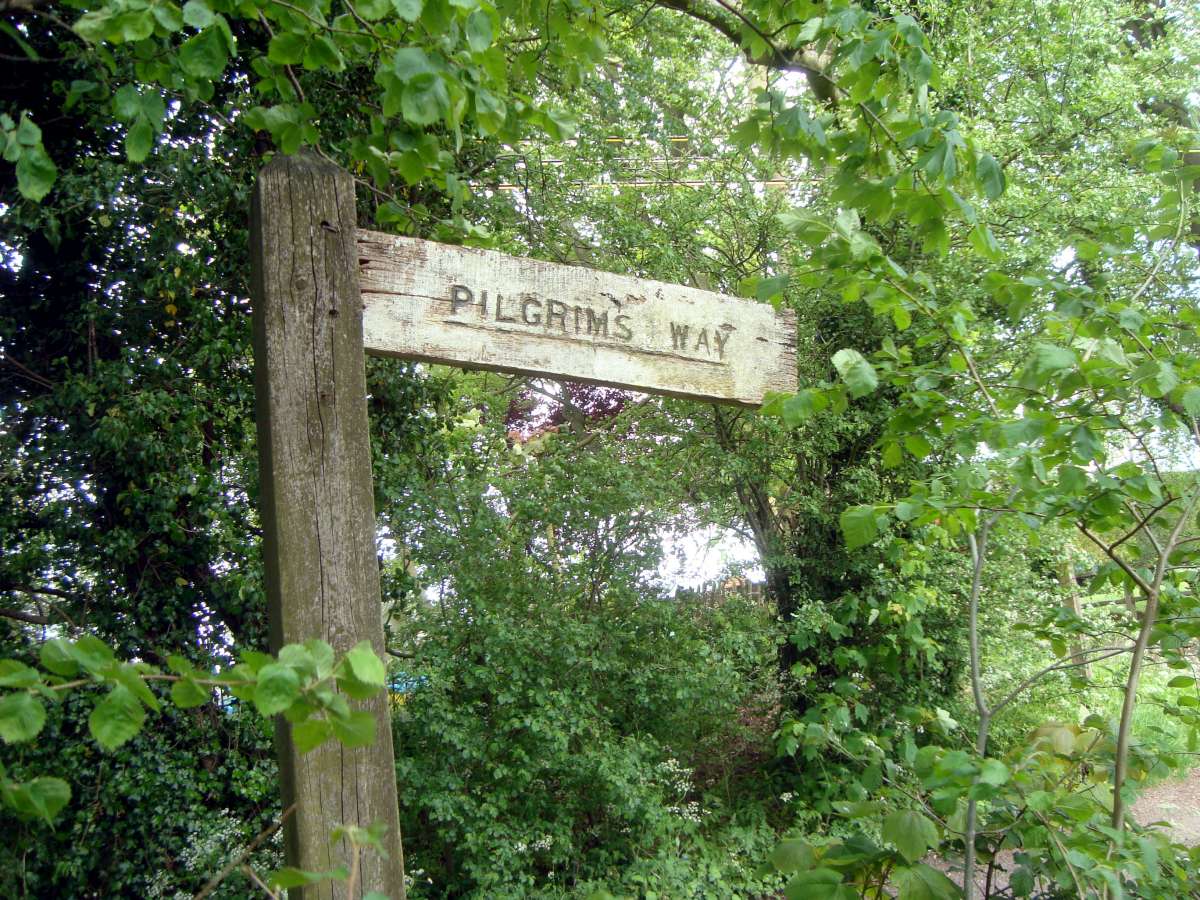 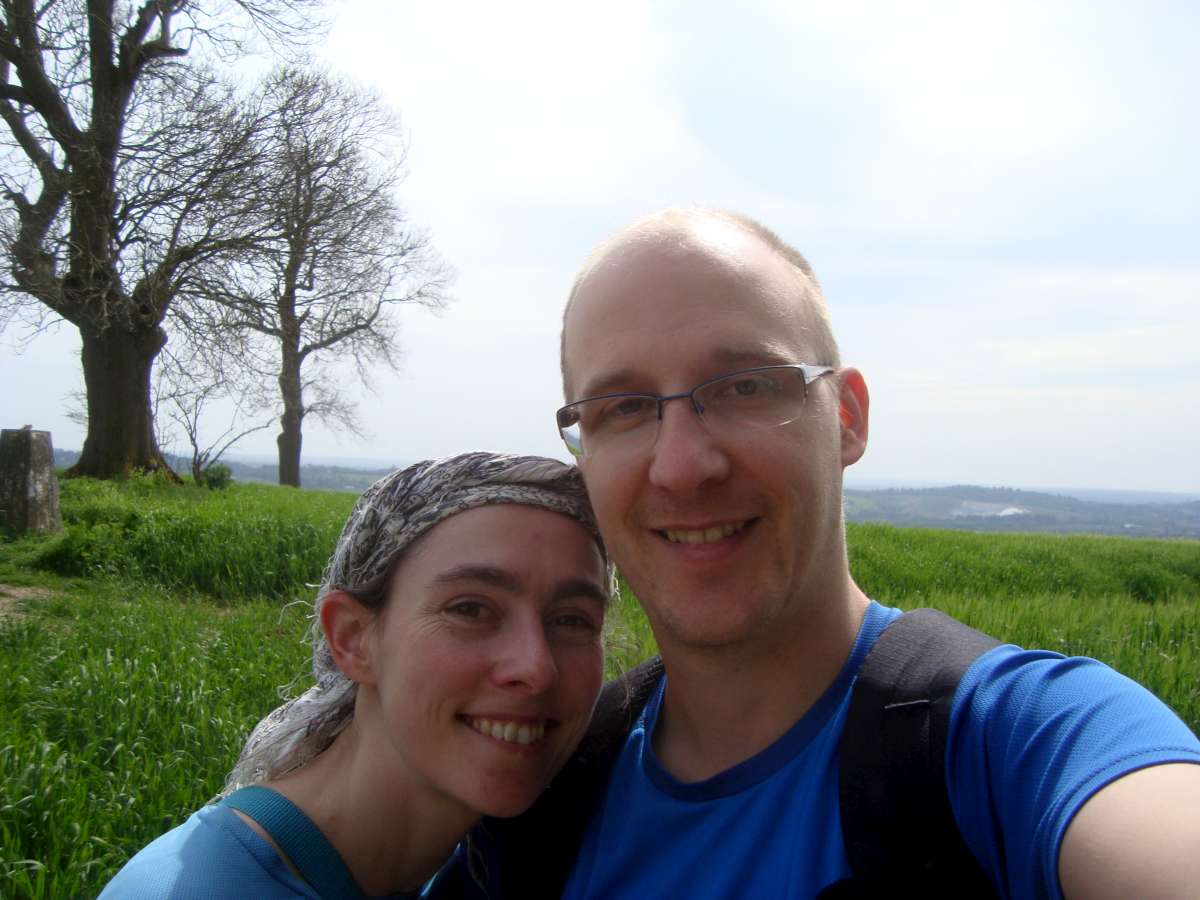 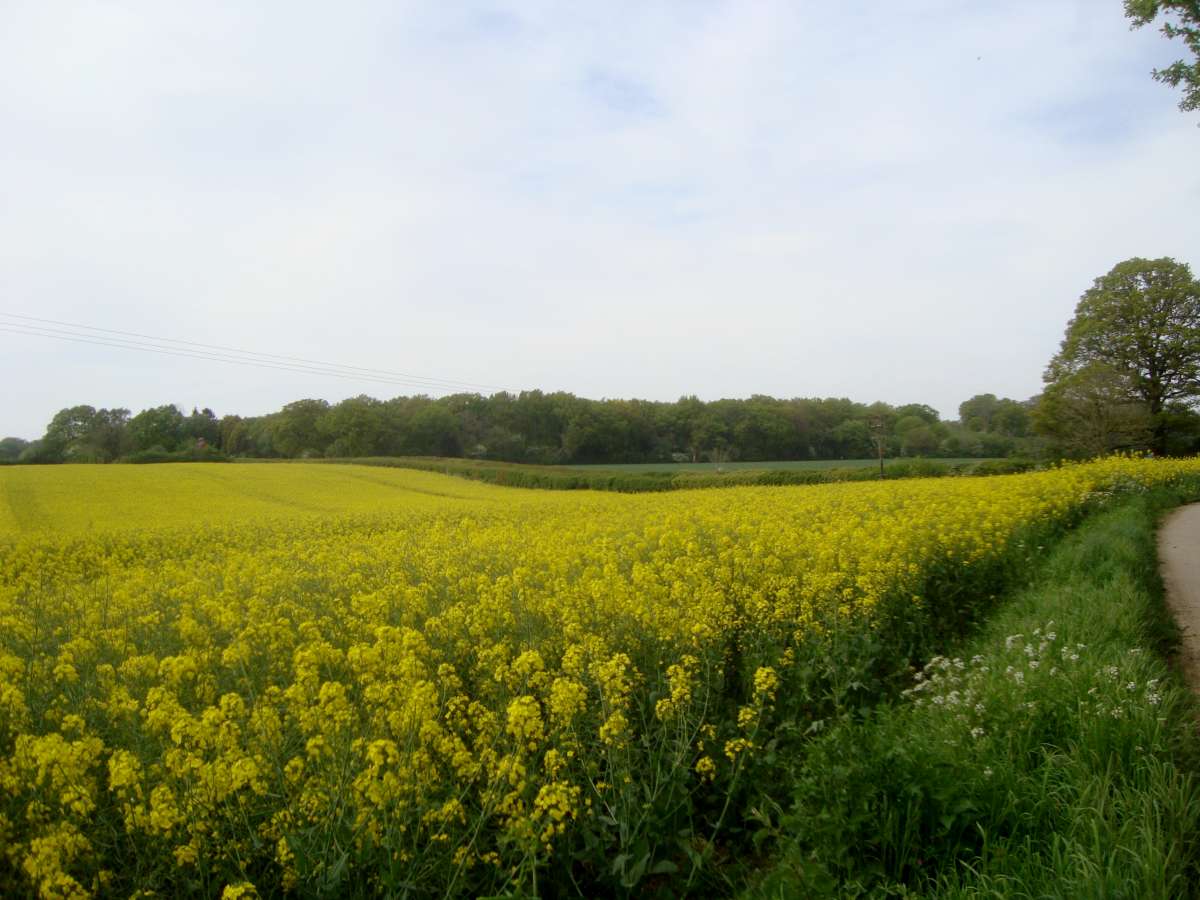 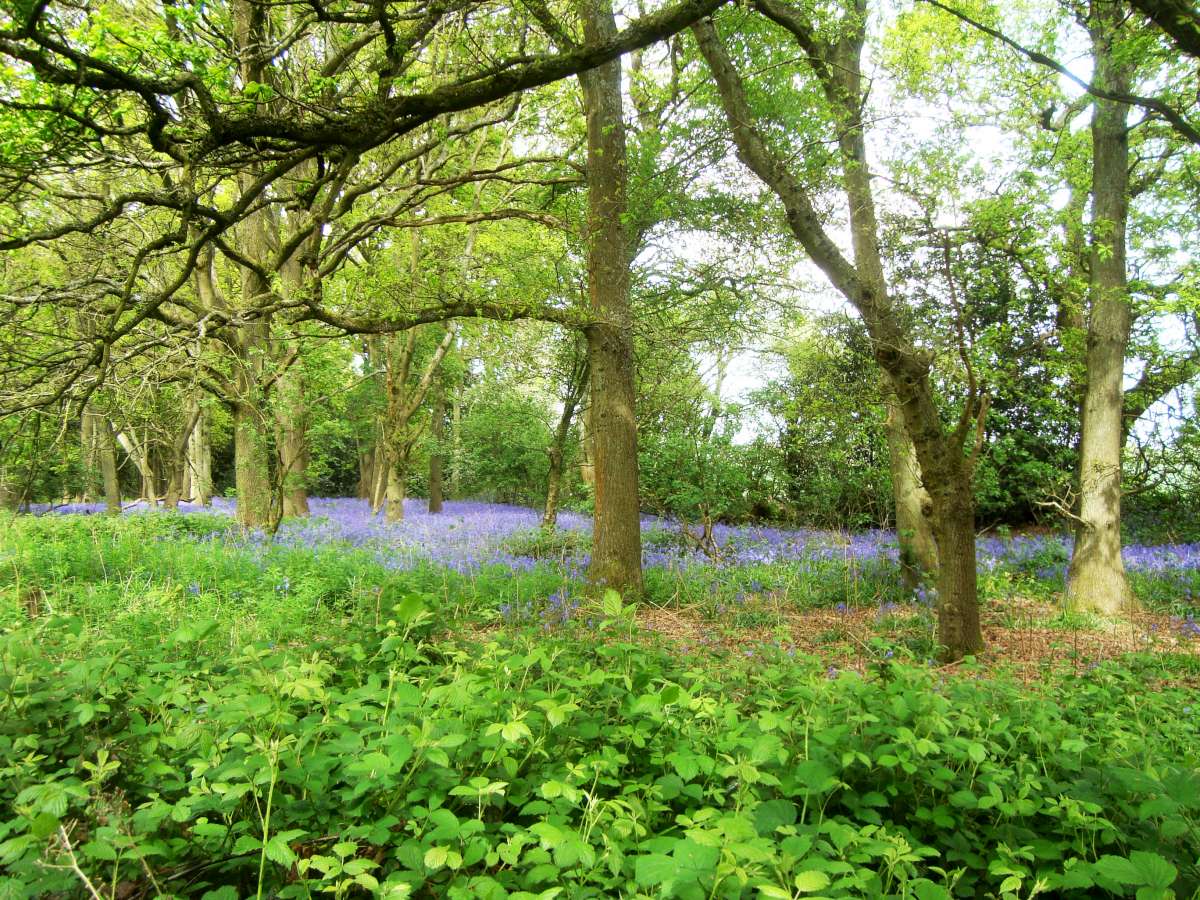 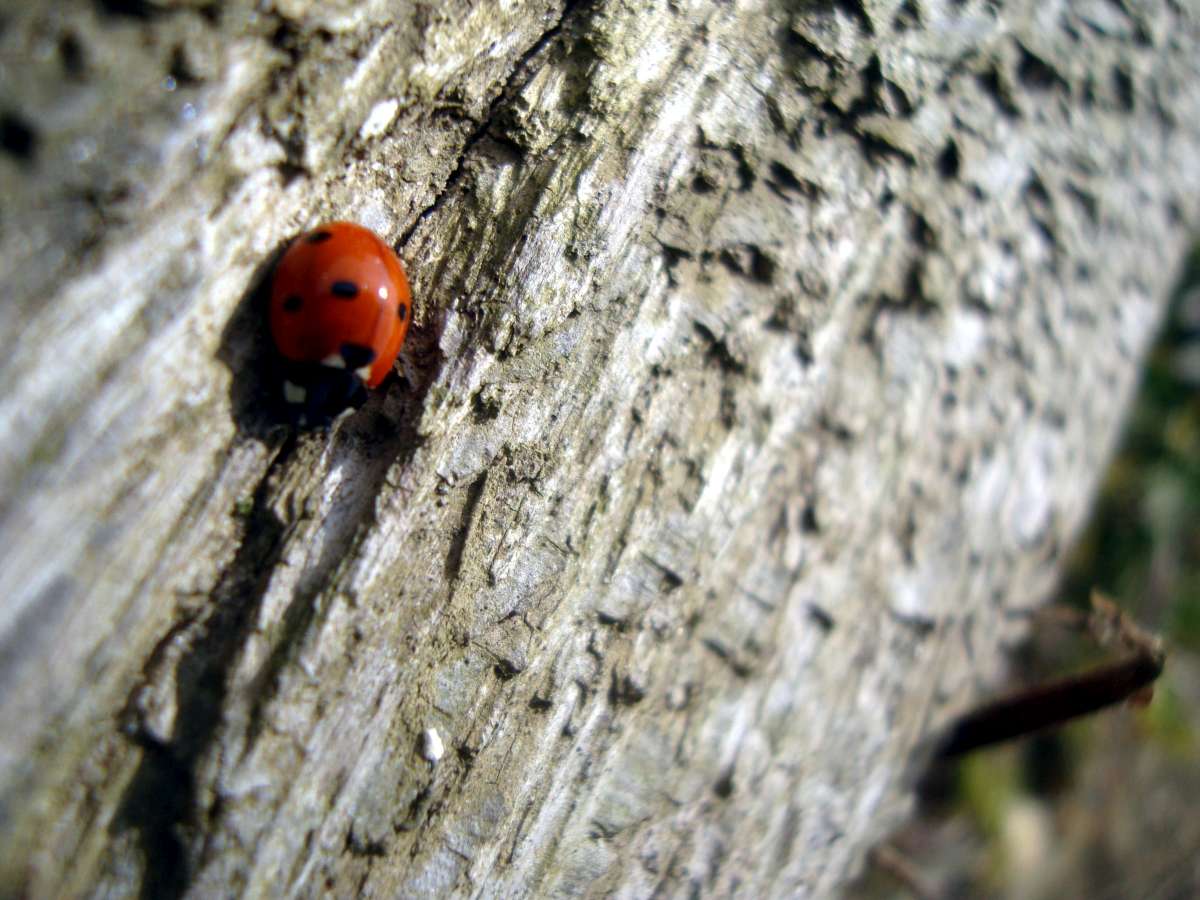 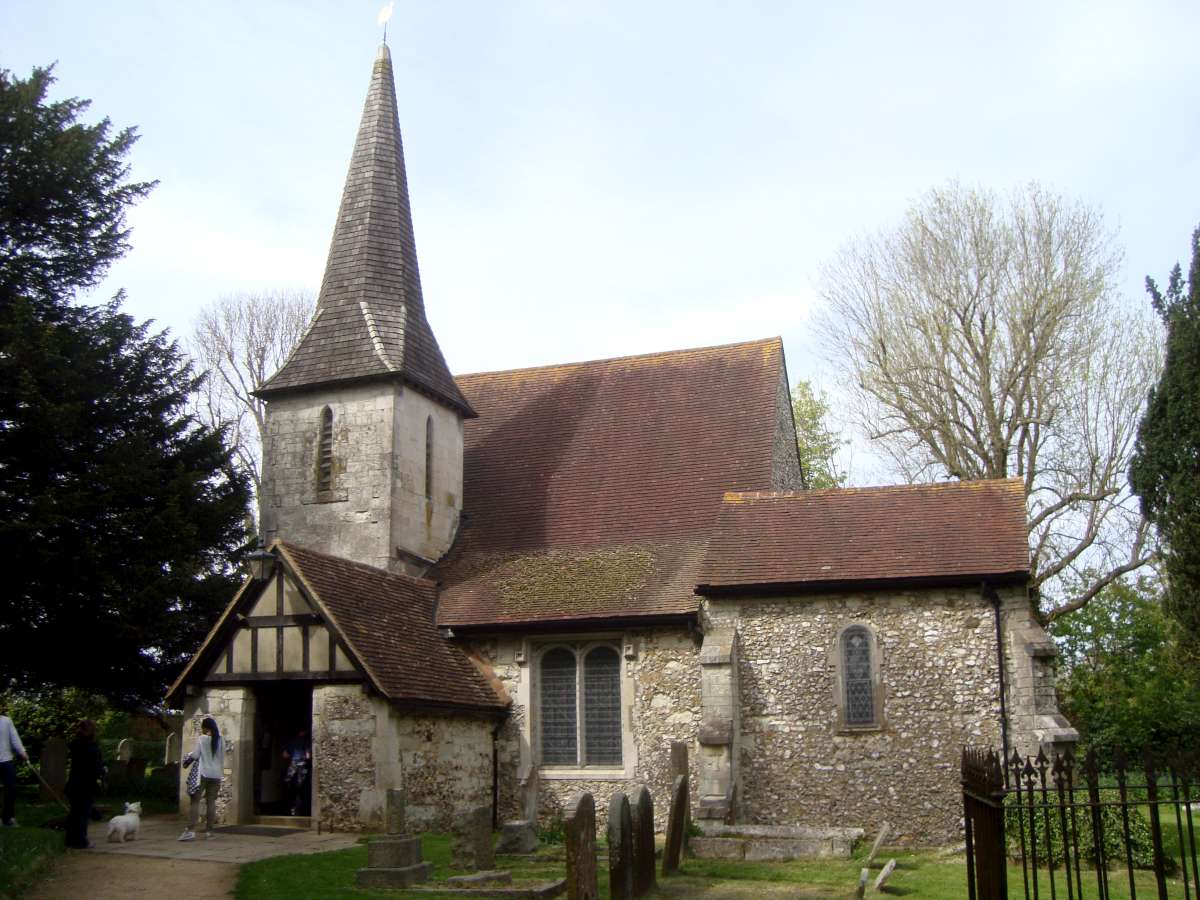 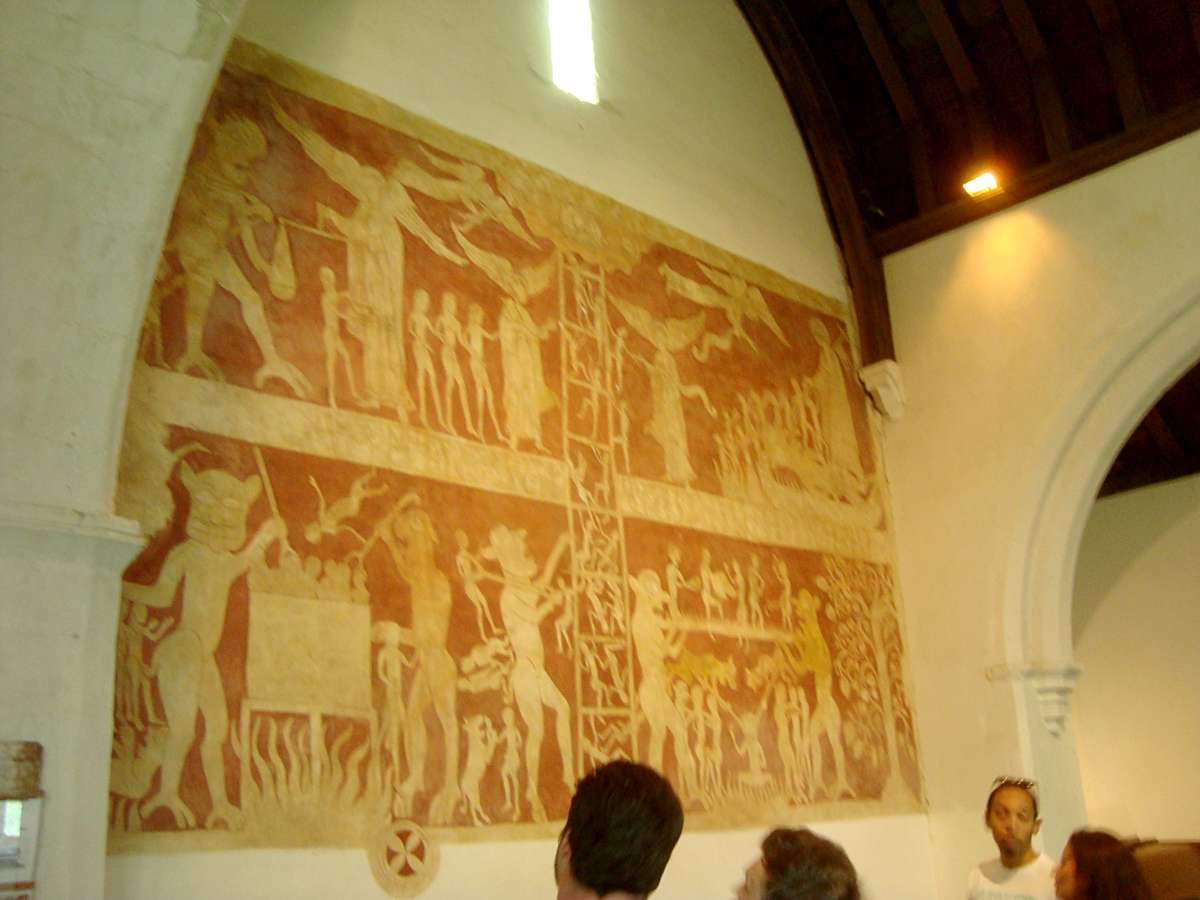 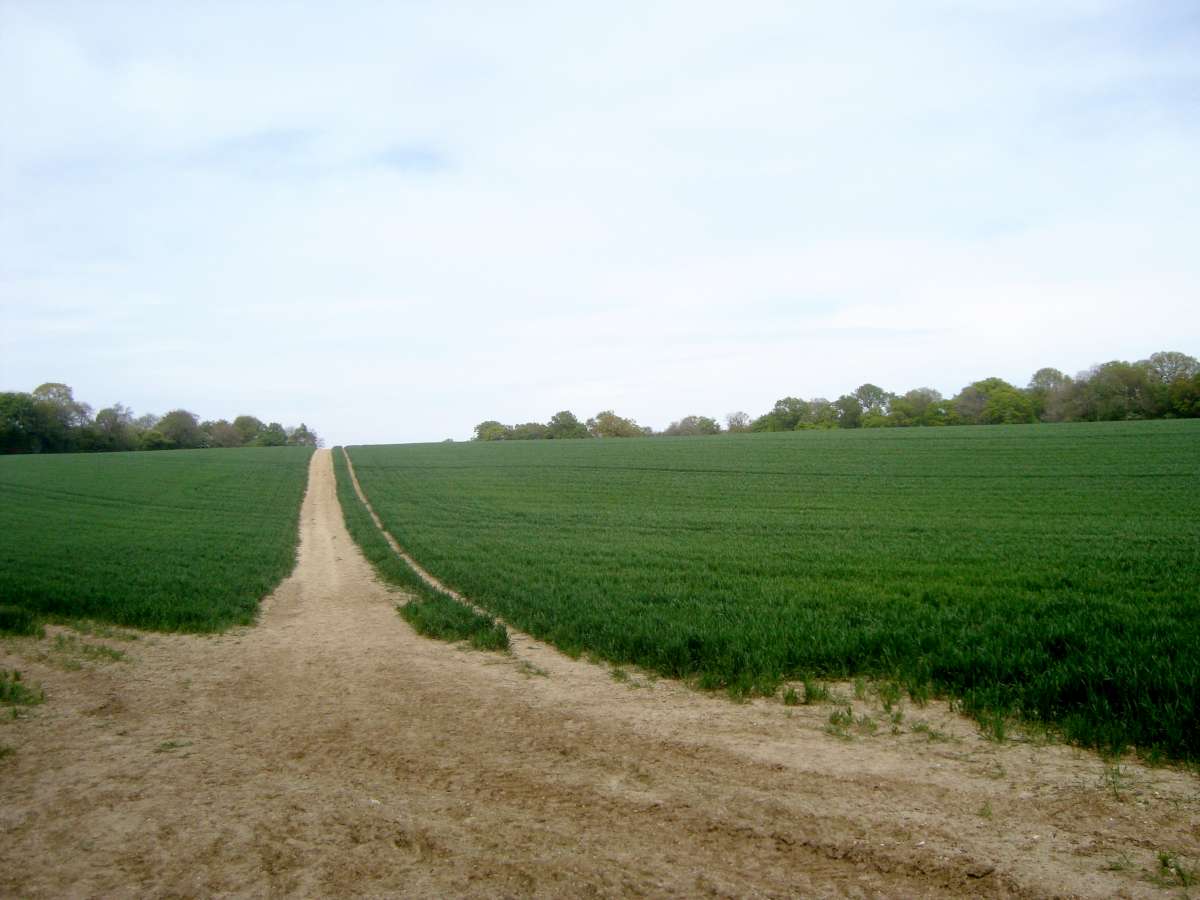 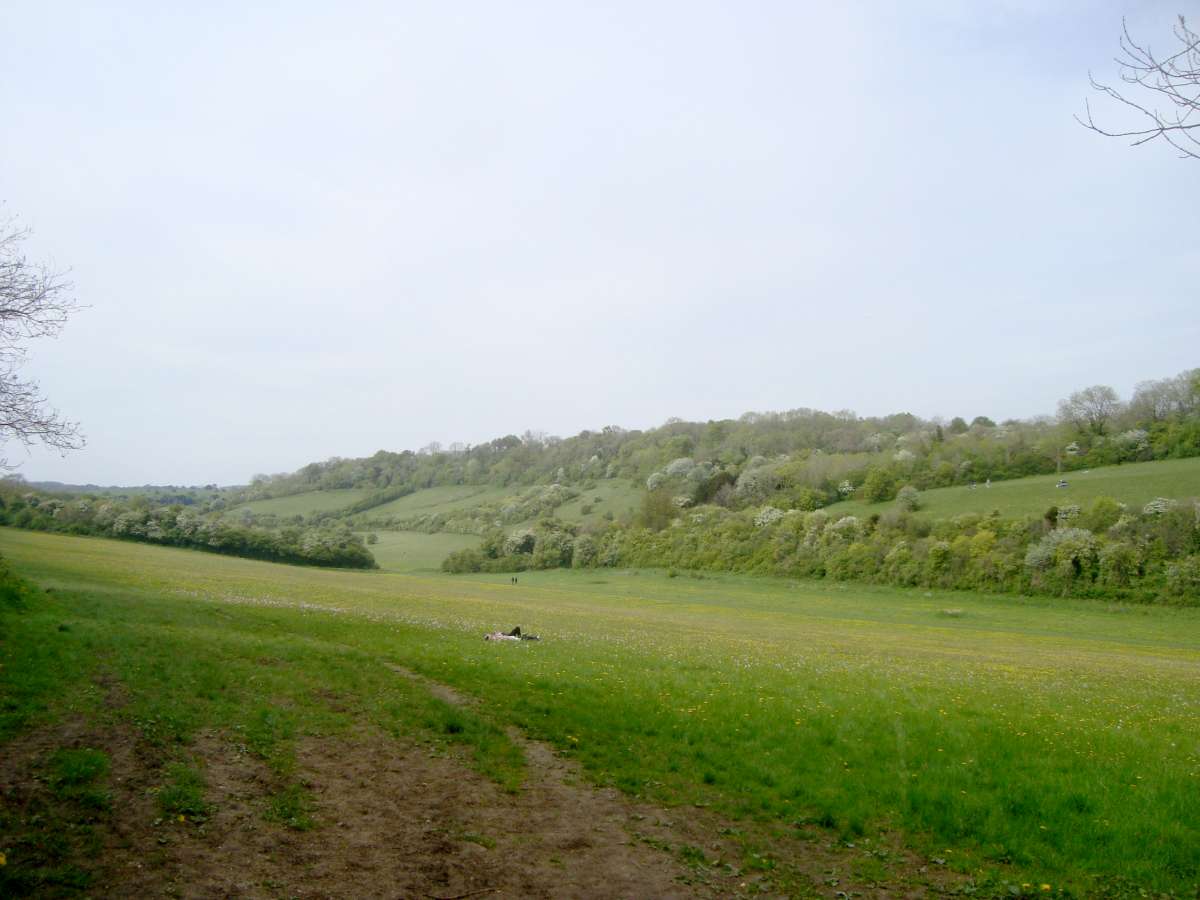 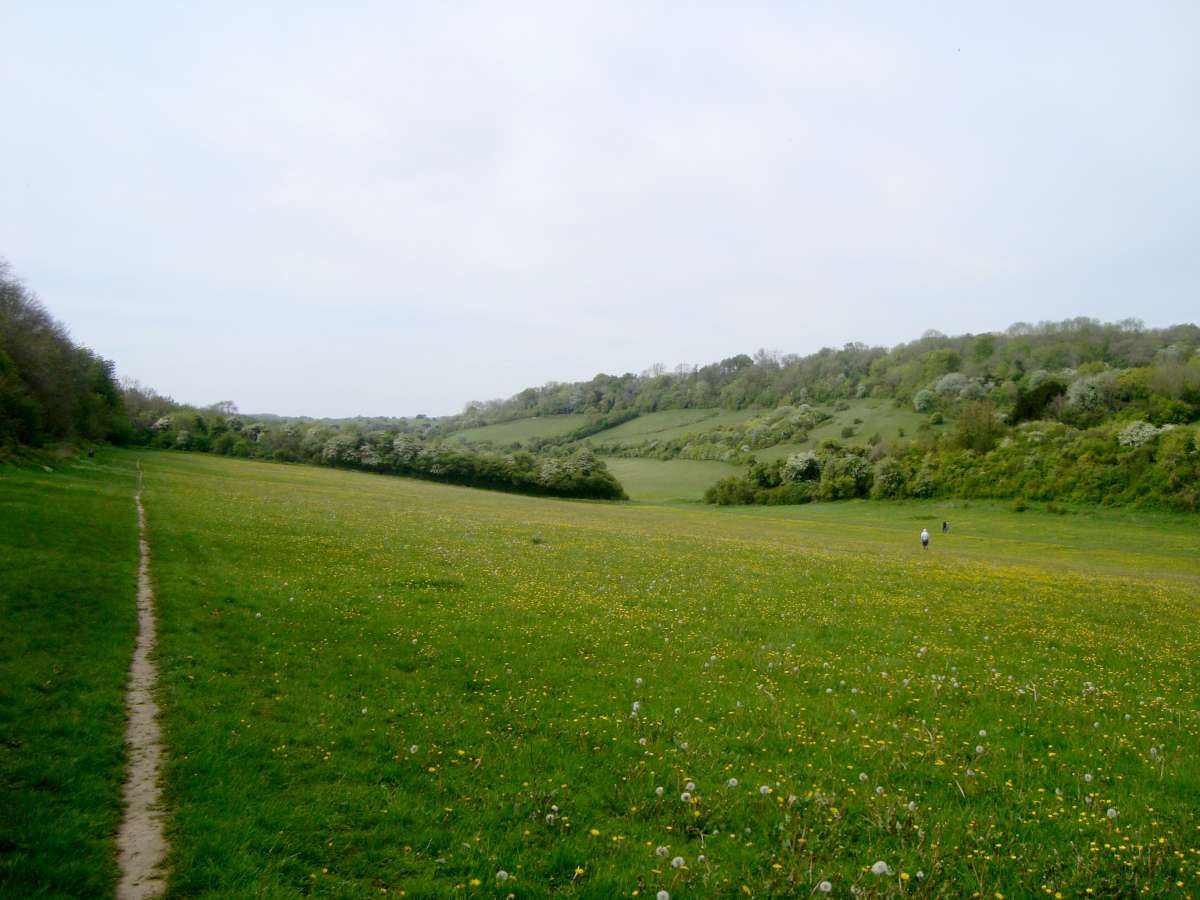 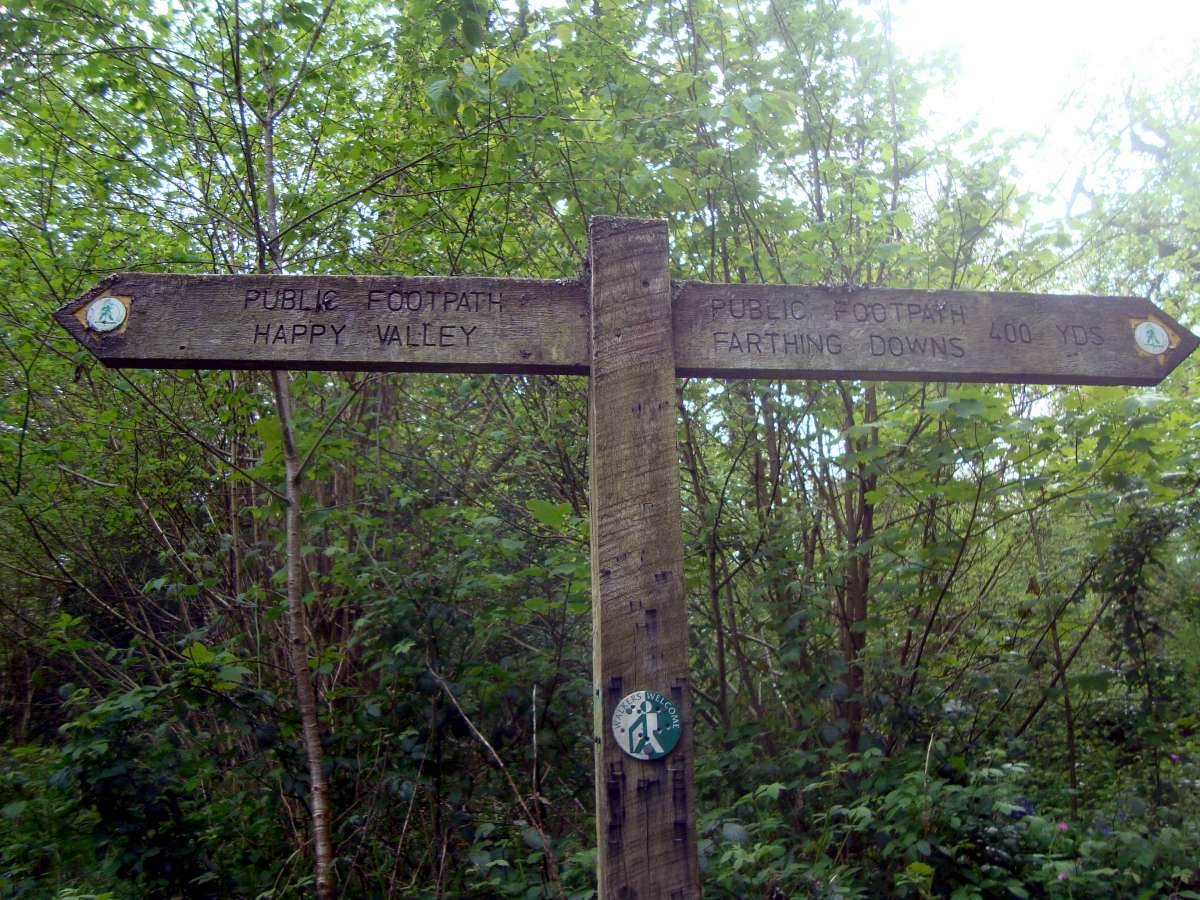 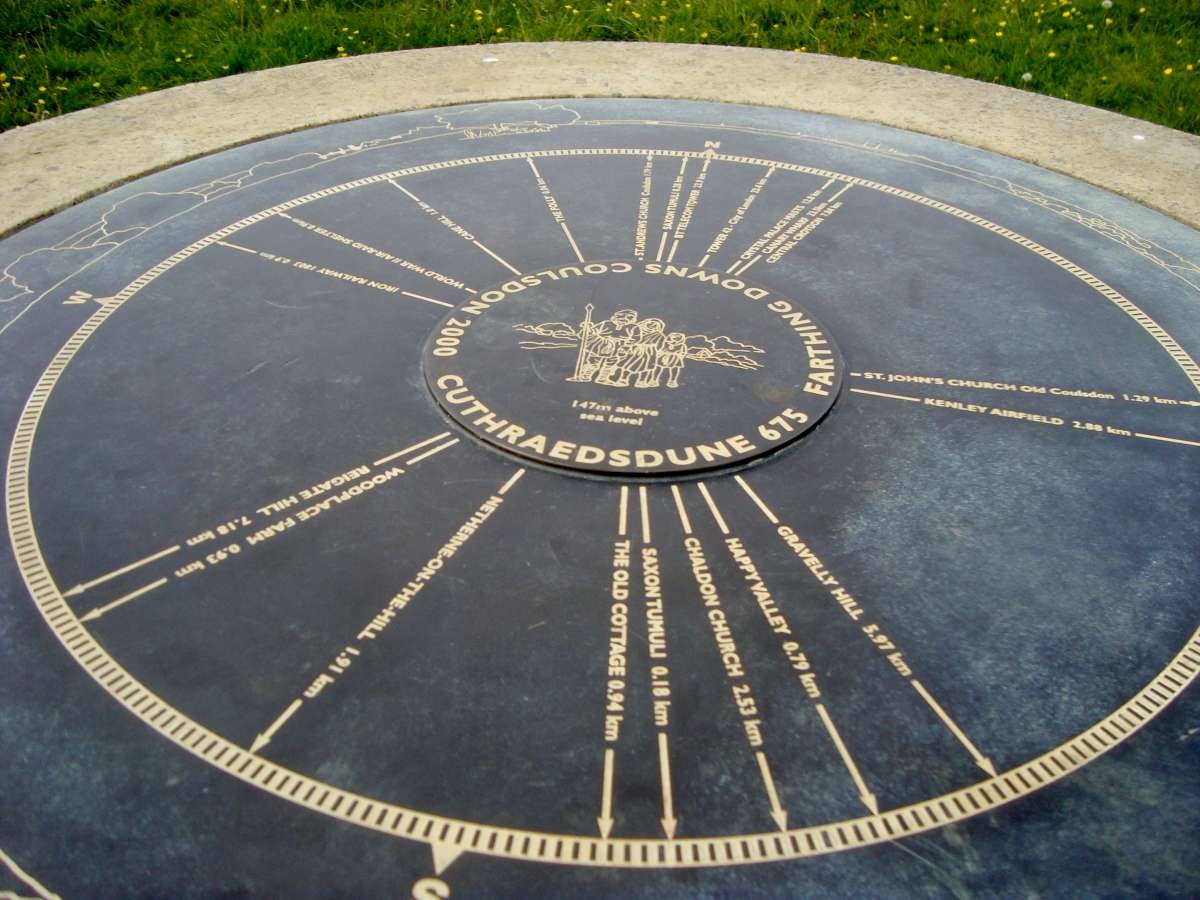